Posted on December 18, 2013 by Graham Richmond in News No Comments

In early November, I traveled to Hyderabad, India to speak at a conference for business schools organized by the Graduate Management Admissions Council (GMAC).  The conference was focused specifically on management education in the Asia Pacific (APAC) region and was attended by over 75 professionals from business schools in that part of the world.  With a theme of “Business School 3.0” the sessions and speakers attempted to see into the future of management education.  The event was graciously hosted by the Indian School of Business (ISB) offering attendees the chance to experience the campus of one of India’s leading global business schools.

While I was there to deliver a lecture on how business schools are using social media in their prospecting efforts (and which schools are finding high degrees of success in this domain), I also was fortunate to sit in on the other conference sessions and have provided a brief recap below.  Before I delve into that, I have attempted to summarize the key themes that emerged over the course of the two-day event via this keyword list:

Dipak Jain’s Opening Keynote
After a brief introduction from GMAC’s incoming leader, Sangeet Chowfla, the former Dean of INSEAD and the Kellogg School of Management, Dipak Jain, took the stage for the opening keynote.  In his talk, titled Management Education, The Journey Ahead, Jain regaled the audience with a touching story of one of his earliest teaching experiences (during which a group of students approached him to inform him that they felt he wasn’t cut out to teach the subject matter!).  He then shifted into a frank assessment of how the world of management education has evolved over time, focusing on the new era of ‘entrepreneurialism’ and how today’s students are seeking significance in their careers (while offering many ideas as to how global business schools can rise to this challenge).  While it may seem insignificant, one of the best elements of Jain’s talk was his use of great quotes to illustrate some of the points he was making.  I have shared two of them here, as they seemed to set the stage for much of the sentiment encountered over the course of the conference sessions that followed:

Business School 3.0 – A Perspective from GMAC Research
This session was led by GMAC’s Alex Chisholm (Director of Statistical Analysis) and offered a wealth of data on management education across Asia Pacific. Attendees were informed that the Asia Pacific region contains 54% of the global total of educational institutions offering business degrees, with India topping the charts at 3,902 institutions. In addition, test takers from Asia Pacific in GMAC’s testing year 2013 accounted for 33% of all test takers globally. While Asia’s share of test taker volume is growing rapidly, Alex shared data on a country-by-country basis and highlighted impressive growth by Vietnam, China and India as well as small declines in markets like Japan, South Korea and Hong Kong – suggesting that the balance of growth in the region is indeed shifting. When it comes to Asia Pacific business schools role on the global stage, Alex showcased the fact that in less than 10 years, Asia has gone from having zero schools in the Financial Times business school ranking to eight schools in 2013 (meanwhile, North American programs have seen their representation in the FT ranking move from 32 to 18 schools over a similar period of time). The remainder of the presentation focused on demographics and population stats that hint at which markets may grow in the region as well as global recruiting trends and the shift towards Asia (as more and more competent managers are needed in the region).

The Power of the Brand: The Benefits of Building and Delivering an International Business School Brand
Another session of interest was on branding – both in the business school domain and in the corporate world. This presentation was delivered by Andrew Crisp (Founder of Carrington Crisp) and Jayant Murty (a Director at Intel). Andrew’s portion of the session focused on how business schools are faring with their branding efforts, looking at school web sites, logos and highlighting several areas where there is clearly work to be done. Jayant’s segment dealt with the corporate world, social media and how firms are shifting their approach in an ever-evolving digital world. Both parts of this session featured great videos and visuals which helped the speakers to make their points about the role of brand and user/customer/applicant experience.

The Use of Social Media in Business School Marketing and Admissions
This was the session that I led, unveiling the results of Southwark’s study of 35 leading MBA programs and how those programs use key social media outlets like Facebook, Twitter and YouTube. During my lecture, I explored the implications of the findings in Southwark’s survey, weighing in on why some schools were successful at generating large – and highly engaged – followings in certain social media channels. I also discussed other important virtual places that discussion with prospective students is taking place – be it in MBA community sites/forums, blogs, etc. One key takeaway from the research was that schools seem to do best when taking a consolidated approach to their social media efforts (e.g. one Facebook page for both applicants and alums) so as to allow for cross pollination. Another element that was focused on is the notion of “writing for engagement” (or writing for reaction), which is a key aspect of utilizing social media channels. 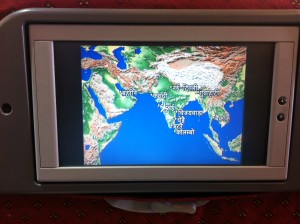 Other Sessions
There were several other wonderful sessions, beyond those highlighted here. The closing keynote, delivered by J.C. Spender (summarized in a separate blog post: How to identify business school applicants that demonstrate empathy, judgment and communications skills), was particularly thought-provoking.  We also heard from GMAC’s Ashok Sarathy (who spoke about the Integrated Reasoning section of the GMAT exam) and from a panel of recruiters in Asia at firms like KPMG, Samsung and Deloitte – not to mention an excellent session on teaching soft skills to business school students.

Overall, the conference was infused with a sense of optimism and growth – not hard to understand given the economic climate in many of the Asia Pacific countries represented.  Of course, it was clear that numerous challenges are on the horizon, but the speakers and attendees alike seemed welcoming of the next phase of management education: Business School 3.0.